TJ-II is a highly flexible medium-size fusion device of the Heliac type constructed at CIEMAT between 1991 and 1997. The magnetic surface mapping was measured at low magnetic fields between December 1996 and January 1997, with excellent results. From January to September 1997 the commissioning of the device up to the design values was done, together with the assembly of the basic diagnostic equipment. 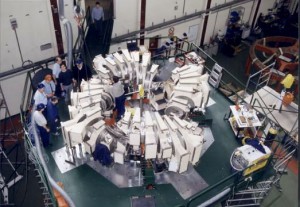 The all-metal TJ-II vacuum vessel has a helical geometry and has 96 ports. The vacuum vessel is made of non-magnetic steel (304 LN) with a thickness of 10 mm. The octants with flanges have been manufactured separately and were assembled in-situ by welding. This assembly was done directly around the central conductor CC/HX, already placed in position. The CC/HX coil is outside of the vacuum vessel thanks to a helical groove built into the vessel. 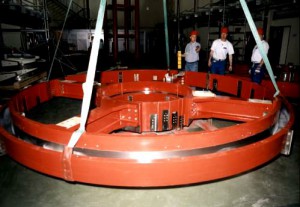 Seven water-cooled copper coil systems with maximum currents between 7 kA and 32.5 kA provide the helical confinement field. The Bitter-type toroidal coils are split in half for assembly reasons. Four sets of poloidal coils produce the vertical, radial and OH fields. The poloidal coils are inserted in the toroidal rings.

TJ-II is a very compact experimental device with highly stressed materials and very narrow tolerances to achieve good confinement properties. This required high quality standards for the fabrication and assembly of the device. For the high precision positioning of all stellarator components, a computer-based theodolite system was employed. A large number of tests were done during the assembly phase. Afterwards a comprehensive commissioning program was performed. 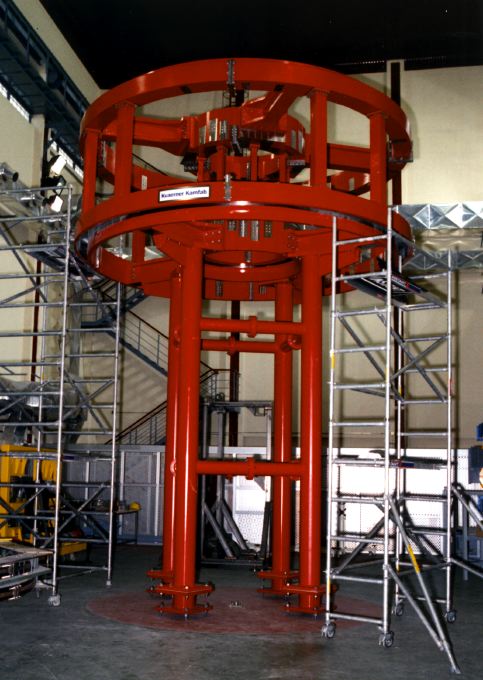 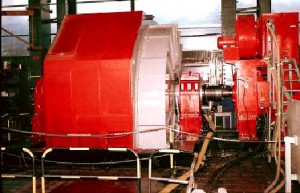 The electric supply consists of a 15 kV, 100 Hz pulse generator of 140 MVA, 100 MJ, and 7 12-phase rectifiers of controlled thyristors. The pulsed power supply was tested up to the maximum current values by means of a dummy load consisting of up to five inductively coupled coils. The distances between the coils were chosen in a way such that self and mutual inductances coincided with those of the coil systems of the stellarator, thus forming an electromagnetic image of TJ-II.